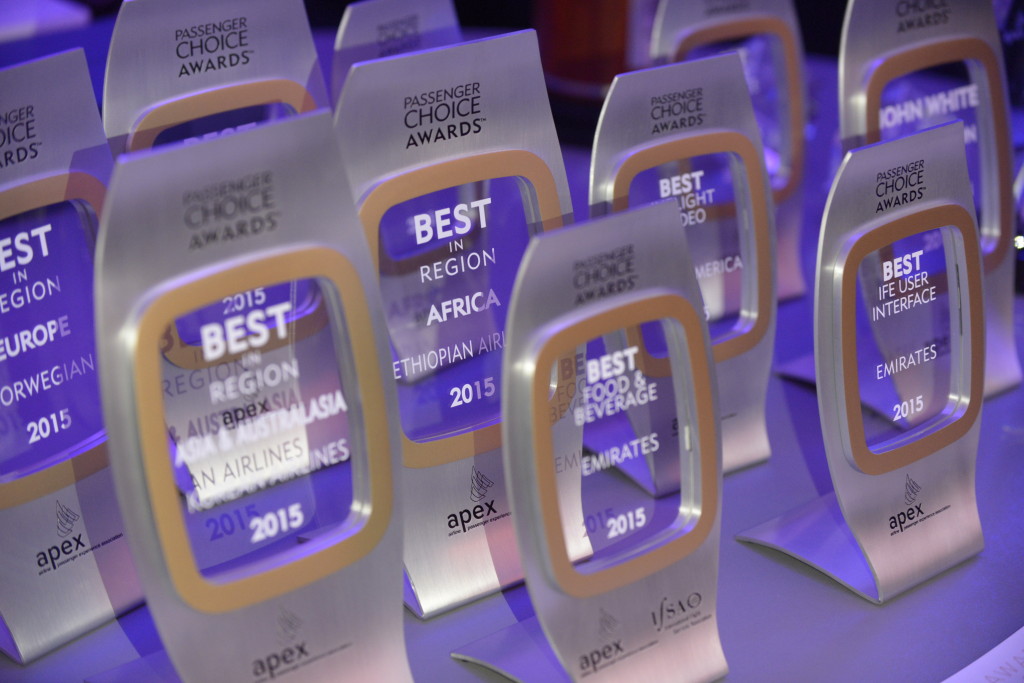 The highly anticipated 2015 Passenger Choice Awards were held at the Oregon Convention Center Ballroom on September 28, 2015.  The categories were primarily focused on airline experiences, however for Best Achievement in Technology, the award went to…(drum roll please)…none other than Gogo’s 2Ku Technology, which of course is built upon ThinKom’s patented VICTS antenna systems.  This is the same core technology behind the ThinAir® Falcon line of products, such as the Falcon-Ku3030 and Falcon-Ka2517.

Lifetime Achievement
Presented to an individual whose long-term efforts, dedication and sustained commitment have supported the organization.

Outstanding Contribution
Awarded to individuals whose contributions, innovations and leadership has generated a significant improvement to the overall passenger experience.