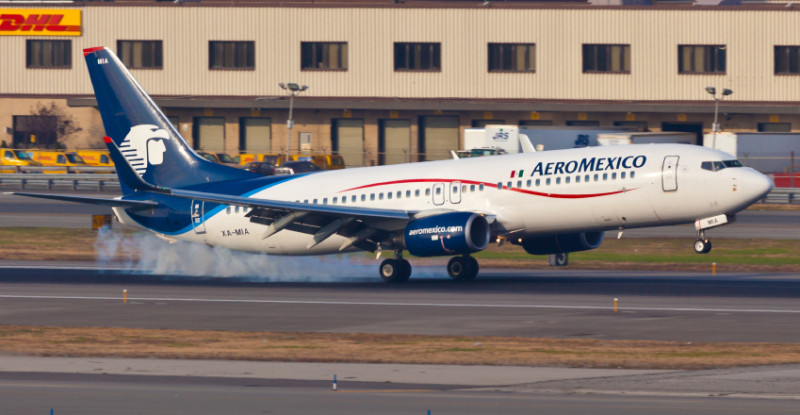 Aeromexico has become the first airline in the world to commit to deploy Gogo’s next generation inflight connectivity solution, 2Ku, on its aircraft.

Late last year, the airline agreed on the principal terms and conditions of offering Gogo connectivity and wireless IFE for its Embraer E-Jets and Boeing 737s. Today both parties announced that a definitive agreement has been signed, and that at least 20 of the carrier’s 737s will receive the 2Ku system that operates over Ku-band satellites. The airline’s E-Jets are expected to be fitted with lighter weight connectivity systems that operate over Inmarsat’s SwiftBroadband aeronautical service.

A total 58 aircraft are covered in today’s agreement; financial terms have not been disclosed.

“The decision to deploy 2Ku is a natural fit for many of our 737 aircraft and it assures that our passengers will have the latest technology available at launch,” says Aeromexico CEO Andrés Conesa in a statement.

Gogo president and CEO Michael Small says Aeromexico’s commitment to 2Ku “is evidence of the advantages that 2Ku brings to the market – especially for aircraft that operate in tropical regions around the world”.

Current Ku antennas encounter beam skew angle challenges and service degradation when they get close to the equator. Degradation is observed well before hitting the equator – when an aircraft nears Miami even. Gogo says 2Ku – which boasts two low-profile ThinKom-made phased array, mechanically steered antennas – alleviates this problem, while providing twice the spectral efficiency of current Ku antennas and speeds of 70mbps over current satellites.

Gogo expects its connectivity services and Gogo Vision wireless IFE solution to be available to Aeromexico passengers beginning in the fourth quarter of 2015.

Trial customers for 2Ku include Air Canada and Japan Airlines, which is in the process of fitting its aircraft with Gogo’s traditional Ku connectivity system. Virgin America has also been studying 2Ku, after announcing plans to launch Gogo’s Ground to Orbit (GTO) hybrid air-to-ground/Ku connectivity offering.