The tests demonstrated that the AMCAS meets needed performance characteristics, such as small size and weight, easy installation, consistent coverage in all directions and the ability to mount to the aircraft skin. The system will provide secure, long-range military satellite communications connectivity for future Air Force airborne platforms – providing voice, video and chat capabilities. 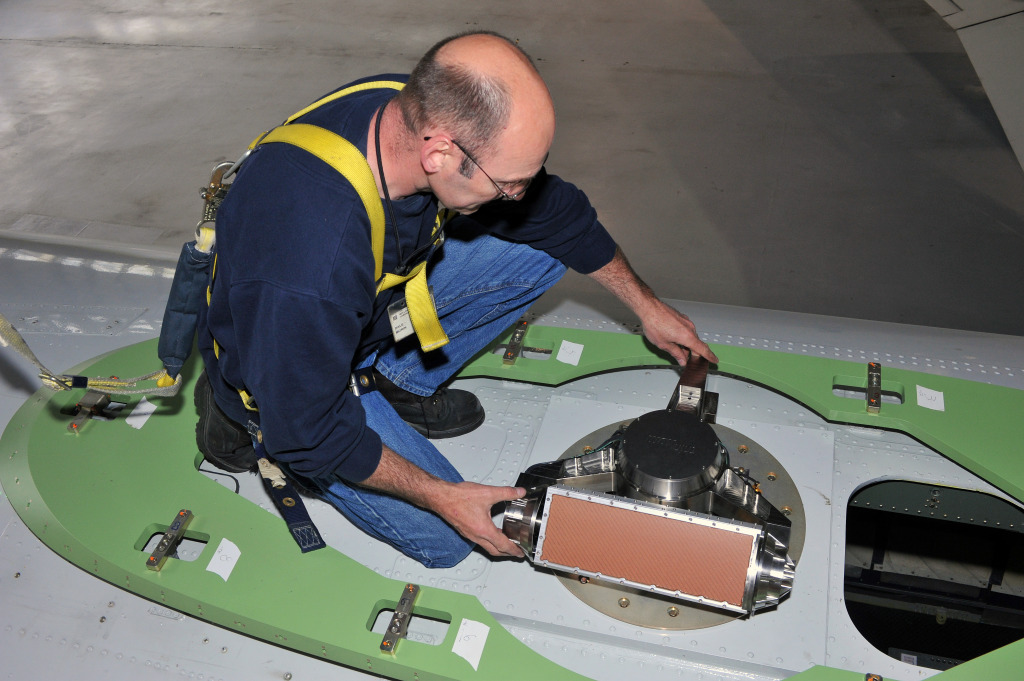 The antenna, mounted on the MIT LL test bed aircraft, was able to successfully establish communications with a MILSTAR satellite. The flight tests were performed with the AMCAS securing connections with MILSTAR at various look-angles, with the array outperforming the anticipated results. During later testing with a WGS satellite, the antenna, once again, exceeded expectations.

“These tests illustrate that it is possible to have Air Force platforms connect to military satellites,” said Tom Macdonald from MIT LL. “In addition to showing the maturity of the anten

nas, the flight campaigns also demonstrated that complete MILSATCOM terminals can be installed and operated on airborne platforms.”

As it stands today, some military aircraft typically connect through commercial satellites. The government, then, must pay for that commercial usage, Macdonald said. Connecting through military satellites would alleviate the necessity to pay those fees.

Moreover, because the AMCAS is already developed, users need only to fund integration and installation, providing additional cost savings to the government.

“In fact, while the antenna was flight tested on the MIT LL Boeing-707 platform, the same configurations could be implemented onboard operational wideband aircraft such [as] the AWACS, Joint STARS, transport and tanker aircraft and special operations C-130 based platforms,” said Madden.

There is also another benefit to using military satellites – security.

“Since the communications will be through military satellites, security will improve for all traffic, including voice, video and chat,” said Bill Lyons, AMCAS program manager.

When the project began in 2004, the ESC AMCAS Program Office, MIT LL as well as MITRE set out to find the best possible solution to a user requirement for a new airborne SATCOM antenna.

Additionally, because of aerodynamic concerns, the antenna would also have to be less than 10 inches in diameter so that aircraft would not lose any time on station.

The AMCAS was the answer, said Lyons.

“They said it is a good fit, just what they were looking for,” said Scott Hardiman, Space and Nuclear Networks Division acting chief. “This is quite an accomplishment. It is the first time the technology has been proven; we have a successful prototype. We now hope the users will realize how advantageous this capability can be for them.”

Personnel who are interested in learning more about the AMCAS can email bill.lyons@hanscom.af.mil.