The articles are flooding in from Gogo’s 100 Mbps media flight, showcasing the latest update to their 2Ku IFEC system! During one of two demonstration flights out of Newark International airport in the U.S, 53 devices were used on the plane, accounting for 29GB of data on a roughly two-hour flight hitting peak speeds of 100 Mbps. Journalists were able to use FaceTime, Facebook Live, Netflix, streaming audio, and a host of other high bandwidth services to try to push the system to its limits. 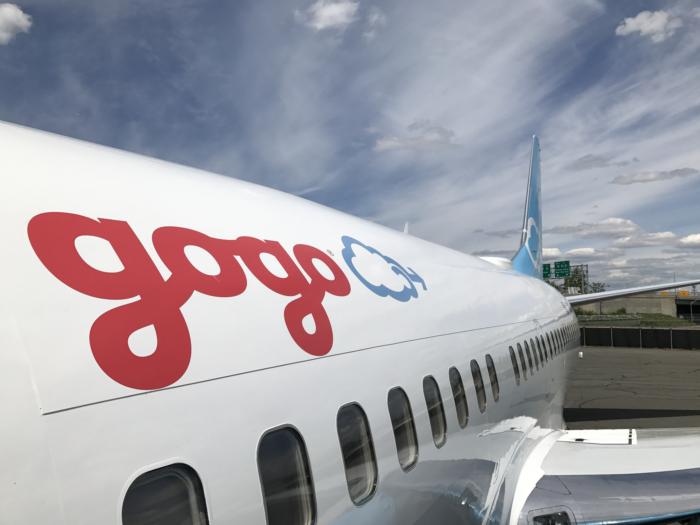 2Ku is not new, of course. It still uses ThinKom’s industry-leading ThinAir Falcon-Ku3030 antenna, but now paired with the latest Gilat modem and connected to Intelsat’s Epic 29e High Throughput Satellite (HTS) technology.  Gogo continues to lead the charge with it’s #fastestinflight technology.  We’re proud to be partnered with them!

On timing: “1,600 aircraft, from 13 airliners, are committed to receive 2Ku, with most installations happening before the end of 2018.”

On congested areas: In addition to the three Epic satellites already in orbit (IS-32e, IS-33e and IS-29e), Intelsat has “four more coming in the next 18 months and so [effectively] global coverage, and we will also layer on top of existing coverage with additional layers of high throughput capacity. So that’s important to us because I think to customers and this industry of aero connectivity, it’s not just about ubiquity and having global coverage but it’s about having density of coverage. So layers upon layers of coverage in any place on the earth where there’s high traffic so that you are not just dependent on one single [satellite] hardware. You have layers of beams that are there to provide throughput.”

There are many articles out there, so we’ve attempted to collect them here in a single post below for your convenience and reading pleasure.  Go ahead and live vicariously through the journalists until you get a chance to experience it for yourself!