A couple third-party, real-world tests of the Gogo’s 2Ku IFEC system (enabled by our ThinAir Ku3030) showing impressive data rates and connectivity have been flowing in.

Both Jason Rabinowitz and Seth Miller, RGN contributing editors, took flights on Delta Air Lines between JFK and MIA conducting speed tests consistently clocking in between 15 Mbps and 19 Mbps. Both expressed how flawlessly streaming video (Netflix and Amazon Prime), video chat (Facetime), and live broadcast (Facebook Live and Periscope) worked and how this Ku service represents a stark contrast from Viasat’s Ka service, which experiences up to a one-hour drop out in connectivity off the coast of South Carolina, Georgia and northern Florida.

They discuss the more attractive pricing model (relative to ATG) as well as the forthcoming capacity increase from Intelsat’s high-throughput satellites that will further boost speeds and bandwidth.

Read more about Jason Rabinowitz’s experience in his article on RGN. 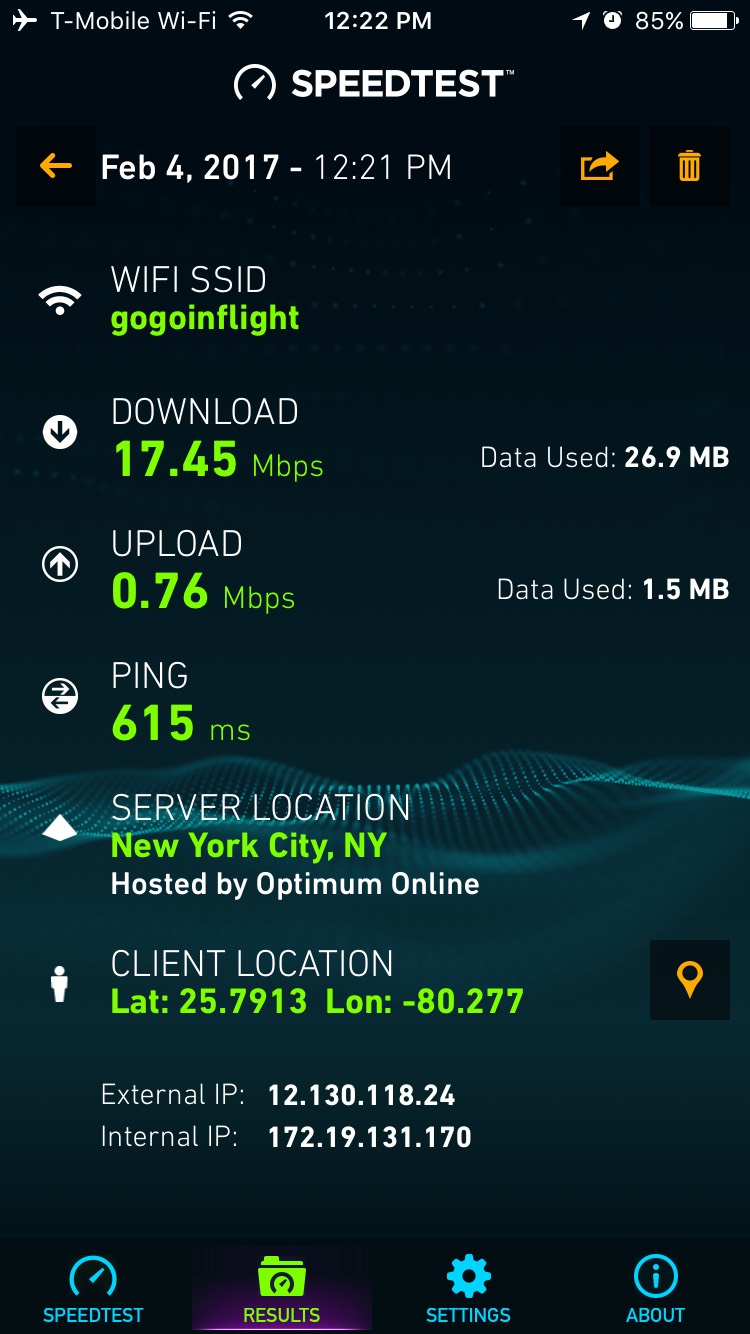 Seth Miller shares his experience in his article on RGN.  He also includes a nice video summary as well. 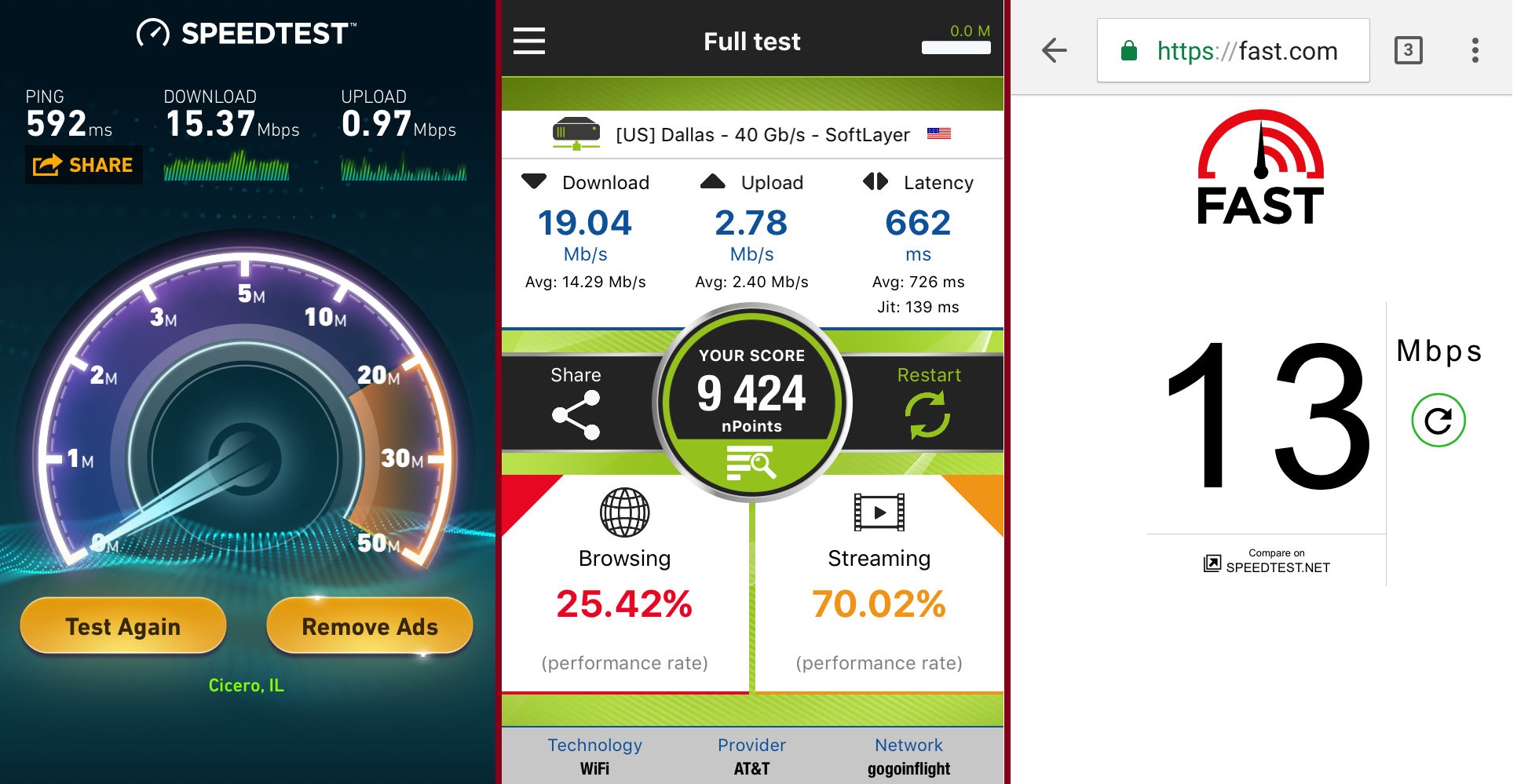